Dear Granddaddy, what is society robbing young people of? Paul. 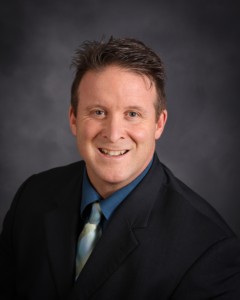 Direction, freedom, happiness, and strong adult figures, Paul. Let me explain. In some countries, young people don’t have a period of adolescence. Young people go straight from childhood to adulthood. There is no middle ground of aimlessly floating around and painfully wondering what they are going to do with their lives, as we have here in the United States.

In the U.S., our adolescents have so many choices in front of them that they sometimes become slaves to their own free will. You see, when kids have too many choices to pick from, their thinking and psychology shift toward what they will lose if they make the wrong choice. Thus, they aimlessly float and waste much money and many years of their lives, which is painful, too, by the way.

Now, if we adults offered more guidance and fewer choices, which incidentally, would be beneficial for our young ones trying to find their way, then kids would have more direction in their lives, and more happiness, as well. Furthermore, they wouldn’t feel like such slaves to their own poor choices and what they might be missing out on.

However, in this day and age, sadly, adults don’t seem to be comfortable telling kids to do anything at all. It seems like somehow it has almost become politically incorrect, or even wrong in our society. Heck, sometimes adults simply telling kids what to do can escalate into a confrontation that ends up involving law enforcement. How have we gotten to this point? It has robbed our kids of strong adult figures, who could actually help them while they’re still too naïve and inexperienced to help themselves.

Paul, I don’t want to take freedoms away from anyone. I do, however, I do want stronger adult figures to offer better, which usually means fewer, choices to our kids, so they don’t feel like such unhappy slaves to their own free will. When kids work with adults and aren’t being disempowered by too many choices, they are bound to be happier and more successful.