It’s the Life in Our Years that Truly Matter!

Watch Dan’s Vlog on this: https://www.youtube.com/watch?v=vdKndGgqzZg

Have you ever been told that you can’t do something because of your age? Yeah… Me too. It’s sad that some people don’t take the time to try to really understand each other. When we talk about other human beings, we have to try to remember that it isn’t the number of years that one has, but rather the size of their LIFE that truly matters!

Contemplate this for a moment. When we judge someone based solely on the years that they’ve been roaming this planet, then aren’t we really being short-sighted and acting at least a little bit lazy. Come on… We all know that we’re just trying to quickly classify someone, or stereotype them so we don’t have to expend that extra mental energy needed to take a really good look at them, huh?

We should all understand that both young people and old are valuable. In addition, they can mentor each other and learn from one other. And, both

young and old working together can change the false perceptions of being too old or too young. Both can show the world that age is just a number. And both, young and old can help each other put more LIFE into their years.

Now please share with the rest of us how you plan to use Granddaddy’s secret of,  ”It’s the Life in Our Years that Truly Matter!” 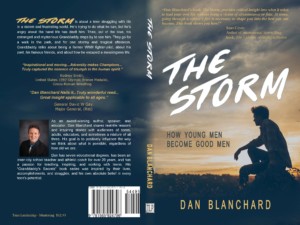